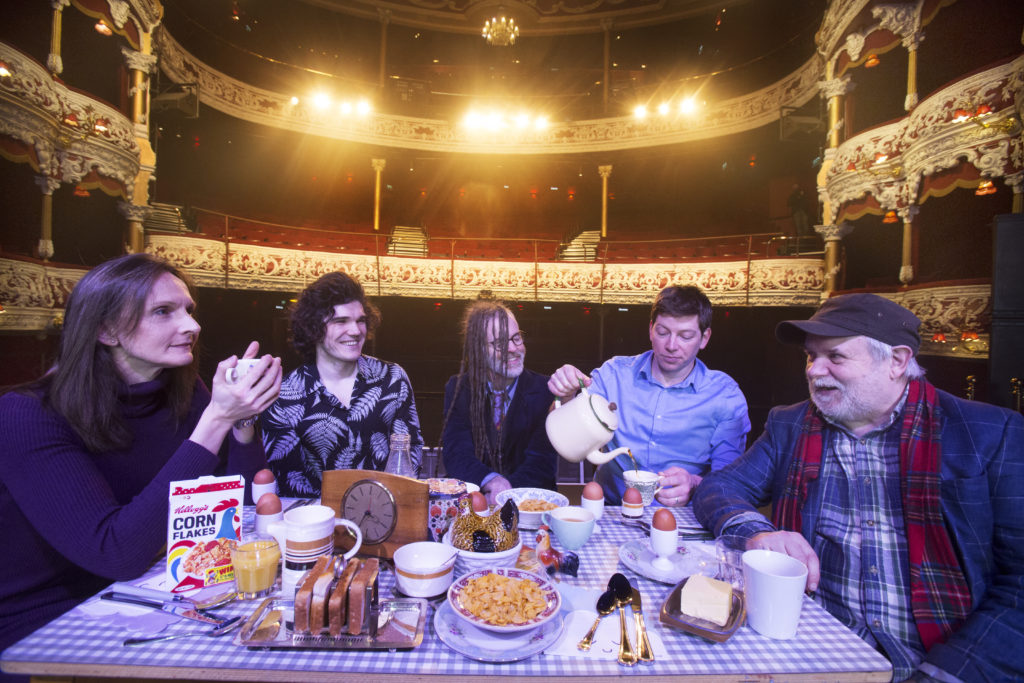 Breakfast on Pluto launches, with a breakfast.

The early bird got a taste of a fabulous new musical when Landmark Productions and Galway International Arts Festival welcomed guests on to the stage of Dublin’s Olympia Theatre for a 1970s-themed breakfast to announce details of the World Premiere production of Breakfast on Pluto.

Ever since a small audience got a glimpse of the work-in-progress showing last summer in Galway, excitement has been building around this brand new Irish musical, which will play 120 performances in 4 cities, in 2 countries over 5 months.

The role of Patrick/Pussy will be played by Fra Fee (Translations – National Theatre, The Ferryman – Royal Court Theatre, West End and Broadway, and the film version of Les Misérables) in this dazzling musical of self-discovery. He will be joined by Niamh Perry (Good Vibrations – Lyric; Mamma Mia and Love Never Dies – West End), David Ganly (On Blueberry Hill, Girl from the North Country – West End), Kate Gilmore (Town is Dead – Abbey Theatre, Fair City – RTÉ) and Rickie O’Neill (Once – Olympia; The Saw Doctors).  Full cast details will be announced in due course.

Tickets go on sale for Galway here and Dublin here on Friday, March 13 at 10am.